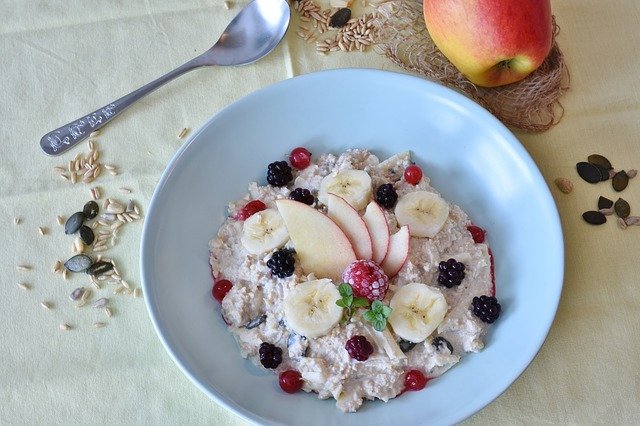 In Finland, there is a porridge called riisipuuro, which is made by boiling rice with milk and sugar.

Riisipuuro is a popular breakfast in Finnish households because the recipe is simple.

Sometimes it is eaten simply with salt, as in traditional Japanese porridge, and other recipes include fruit toppings, allowing for a wide range of enjoyment.

In this article, I would like to introduce the taste, recipe, and history of riisipuuro, a traditional Finnish milk porridge.

If you are wondering “How is riisipuuro different from Japanese porridge?” or “I would like to know more about the recipe,” please refer to this page.

“Riisipuuro” is a Finnish dish similar to porridge, which is made by boiling rice in water or milk.

Grains used as ingredients in recipes range from rice to oats, also known as oatmeal, rye, and wheat.

The rice is not the Japonica rice commonly consumed in Japan.

In Scandinavia, rice for puuro, which has a round, medium grain shape, is the main type of rice used.

Rice was a valuable source of nutrition in winter

Many people probably think of bread as a staple food for people living in Scandinavia.

In fact, grains such as rice have long been eaten by the common people as a food suitable for storage.

In the cold climate of Northern Europe, crops do not grow well enough.

In the past, potatoes and other potatoes, candied berries, rice, oats, and other grains that could be stored for long periods of time were the main winter preserves.

Thus, they have been valued as a valuable source of nutrition during the winter months, when dietary balance tends to be unbalanced.

Puuro is a Finnish breakfast

The recipe for riisipuuro is very simple.

First, various grains, such as rice, are added to a pot with water or milk and simmered for a few minutes.

Then add your favorite toppings such as sugar, cinnamon, and butter, and you are done.

It can also be made quickly by putting the rice and milk in a dish and microwaving it.

Puuro is easy to prepare, making it a perfect meal for busy mornings.

It is therefore one of the most common breakfast items in Finnish households, as well as bread and cereal.

Riisipuuro was a Christmas morning treat

Riisipuuro, a sweet and creamy milk porridge, is one of the most commonly eaten dishes today, from breakfast to dessert.

The fact is that riisipuuro was originally a special feast, served on the table as breakfast on Christmas Day.

And the riisipuuro we eat on Christmas morning have a magical spell.

Place one peeled almond in a large pot of cooked riisipuuro.

The story goes that good luck will come to the person whose almond was in the dish when it was divided.

It may be similar to omikuji, or fortune telling, in that it predicts your luck for the New Year.

A wide variety of recipes

The taste and appearance of puuro vary greatly depending on what main grains and toppings are used.

The variety of recipes available at Puuro is also very attractive.

The choice of main grains alone is quite wide, from rice and rye to wheat and oats.

Toppings can also be freely combined with a wide variety of ingredients, such as cinnamon, honey, berries, other fruits, dried fruits, and nuts.

It is a boom among young Scandinavians to post it on SNS as a fashionable sweet with colorful fruits as garnish.

In Japan, where porridge is usually a combination of white rice and salt, some people may be surprised to hear of a sweet porridge like Finland’s puuro.

However, when you actually try it, the sweet porridge is not strange at all, and you can enjoy a taste that is somewhere between a staple food and a dessert.

I hope you have enjoyed my introduction to the Finnish-style porridge, Riisipuuro.

The fact that rice is eaten in the same way in the distant Nordic country of Finland is very familiar to the Japanese, for whom white rice is a staple food.

When abroad, there are always concerns about local food compatibility, but Finland’s riisipuuro is sure to suit the tastes of rice lovers.