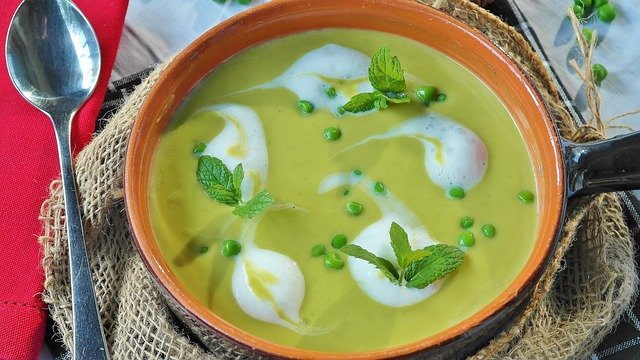 Every Thursday in Finland, a bean soup called hernekeitto, which is made of cooked peas, is eaten.

In this article, we would like to introduce the history and detailed recipe of hernekeitto, the Finnish soup also known as “Thursday soup.”

If you are wondering why it is eaten on Thursdays, or if you would like to make it at home, please take a look at this page.

“Hernekeitto” is a traditional Finnish bean soup made with soft cooked peas and other ingredients such as pork.

The peas are simmered until tender, giving it a creamy mouthfeel more like a potage than a soup.

Hernnekeitto is a popular dish for people living in cold Finland, as it is a soup that warms the body from the cold.

In Finnish, “Herne” means “bean” and “Keitto” means “soup.” Hernekeitto is the Finnish name of the dish. And the same dish is called “ärtsoppa” in Sweden.

The same is eaten on Thursdays, but dried yellow peas are used in Sweden.

In Finland, hernekeitto is eaten every Thursday, a custom that has continued for centuries.

From restaurants to school lunches to military lunch menus, not to mention the tables of every household, hernekeitto is always on the table on Thursdays.

For this reason, hernekeitto is also known as “Thursday soup.”

Why is it called “Thursday soup”?

One possible reason for this is that hernekeitto has long been eaten on Thursday, the day before, as a nutritional food to get through the Friday fast.

In Catholicism, Friday was designated as a “day of fasting.”

To nourish themselves in preparation for Friday’s fast, Catholics would eat nutritious pea soup on Thursdays.

As a remnant of this tradition, the custom of eating hernekeitto every Thursday still exists today.

The following are the main ingredients used in hernekeitto recipes.

・Vegetables such as onions and carrots

・Mustard or cream to taste

First, cut the ingredients such as pork, onions, and carrots into bite-sized pieces and fry them in a pan together with the peas.

When cooked, add water and simmer, seasoning with salt and pepper.

Add bay leaves as an aromatic herb to the stew for a richer flavor.

Simmer the ingredients slowly over low heat for about an hour, adding water as needed as it reduces.

When the beans are soft enough to be crushed with fingertips, put them through a masher or blender.

This will make the soup potage-like and thick.

Finally, add mustard or cream to taste and you have a beautiful green hernekeitto.

The recipe can be substituted with green peas

Hernekeitto can be made the same way as a stew.

In Finland, dried peas are commonly used for hernekeitto.

If you do not have peas on hand, you can use green peas instead of peas to recreate the color and flavor of hernekeitto.

By the way, did you know that green peas and peas are from the same legume family, the pea family?

The difference between green peas and peas is at what stage of the growing process they are harvested.

So far, this has been my introduction to Finland’s Hernekeit.

In the past, Hernekeit was eaten on Thursdays as the meal before the fast.

The custom is still practiced in Finland today, and Hernekeit is eaten throughout the country every Thursday.

With its beautiful color and high nutritional value, Hernekeit is easy to make and anyone interested should give it a try.